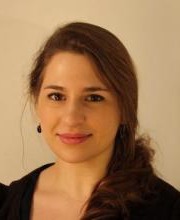 This dissertation will investigate medieval Jewish communal identity through local institutions, legal developments, and everyday life as differently experienced by the Jews of Aragon and Kehilot Shum from the twelfth to mid-fourteenth centuries. Recent renewed interest in medieval Jewish life has established that Jewish communities were not closed units, but rather institutionally and individually developed many abiding relationships and connections both between communities and with neighbouring Christian society (Chazan, 2010; Abulafia, 2011). However, the basic unit by which Jews are identified and defined geographically, socially, and religiously – the community – has remained largely un-interrogated. Three interrelated questions, asked together, sensitise this project to the variety of medieval meanings and instantiations of community, which my comparative approach seeks to illuminate: how were different medieval Jewish communities constituted? How did people experience being Jewish as a communal identity in the middle ages? And how did different groups of geographically proximate Jews establish social, legal, and theological boundaries that brought communal identity into being?

My PhD will attempt to address anew various aspects of medieval Jewish life with a focus on how medieval Jewish communities were constituted, and how communal identity was experienced and instantiated. I will do so through three sections: building community, shaping community, and living in community. Breaking down the complex relationships among Jews, and between Jews and Christians, into these sections allows my research to address how community and communal identity manifested in different ways in different strata of relationships, and compare these instances of communal identity and inter-communal relationships across medieval Christian Europe. As this thesis is based on a comparison between two geographical areas, each section will attempt to treat equally Aragonese Jewish communities and Quehilot Shum. This comparison between Ashkenaz and Sepharad will hopefully be a small step towards reconsideration of the notion of ‘Jewish community’ as a single institution. By describing diversity and drawing together points of similarity, I hope to demonstrate the value of comparative work for developing a more nuanced picture of medieval Jewish life